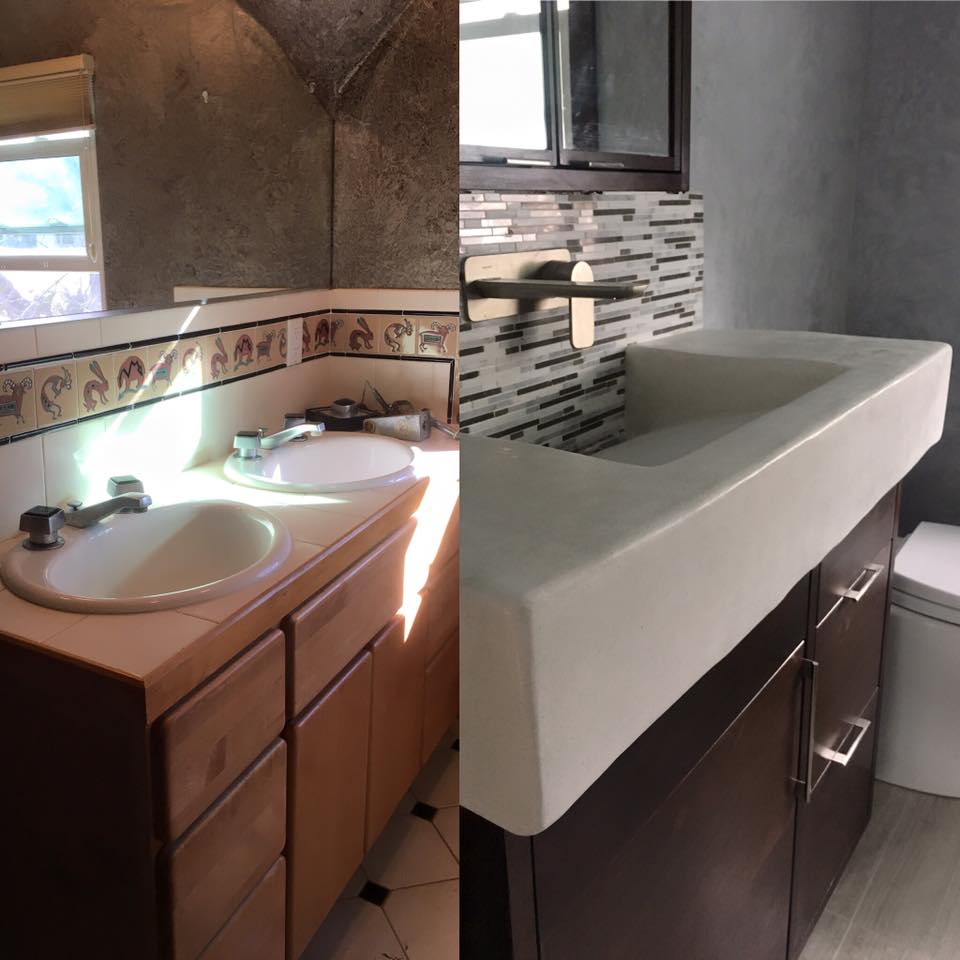 We tackled a big project earlier this year with the complete remodel of a bathroom in Denver. The bathroom had been updated back in the 1990s, and it definitely looked a little dated. More problematic, there were moisture issues which resulted in peeling wallpaper, water stains in the foyer below, and the potential for greater damage. The homeowner needed an update, not only in the style of the bathroom, but also with its functionality!

We worked with our client’s needs and desires, and came up with a modern new layout and design that incorporates lime plasters, including Moroccan tadelakt for use in the shower and custom built sink basin. Also new are the coordinating wooden cabinets, trim, and door, and large format tiles on the walls and floor, plus pebble tile in the shower basin.

For improved building performance, we installed a new motion-detector equipped ventilation fan to move moisture to the outside of the home, fully waterproofed the shower walls and floors, and added blown cellulose and improved air sealing in the attic. An energy audit, performed both before and after upgrades, confirmed that the home will now have lower heating and cooing costs. These performance upgrades also allowed the homeowner to claim a rebate with their energy company.

Check out some of our before and after shots to see the differences! 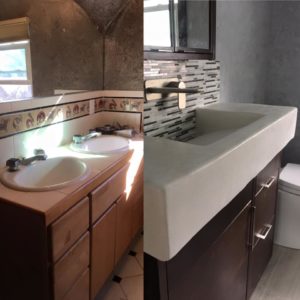 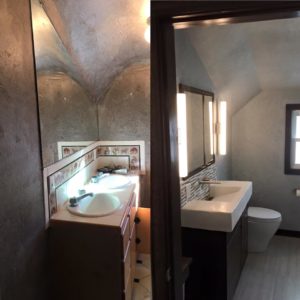 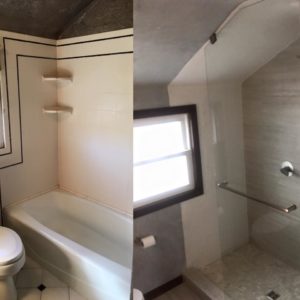 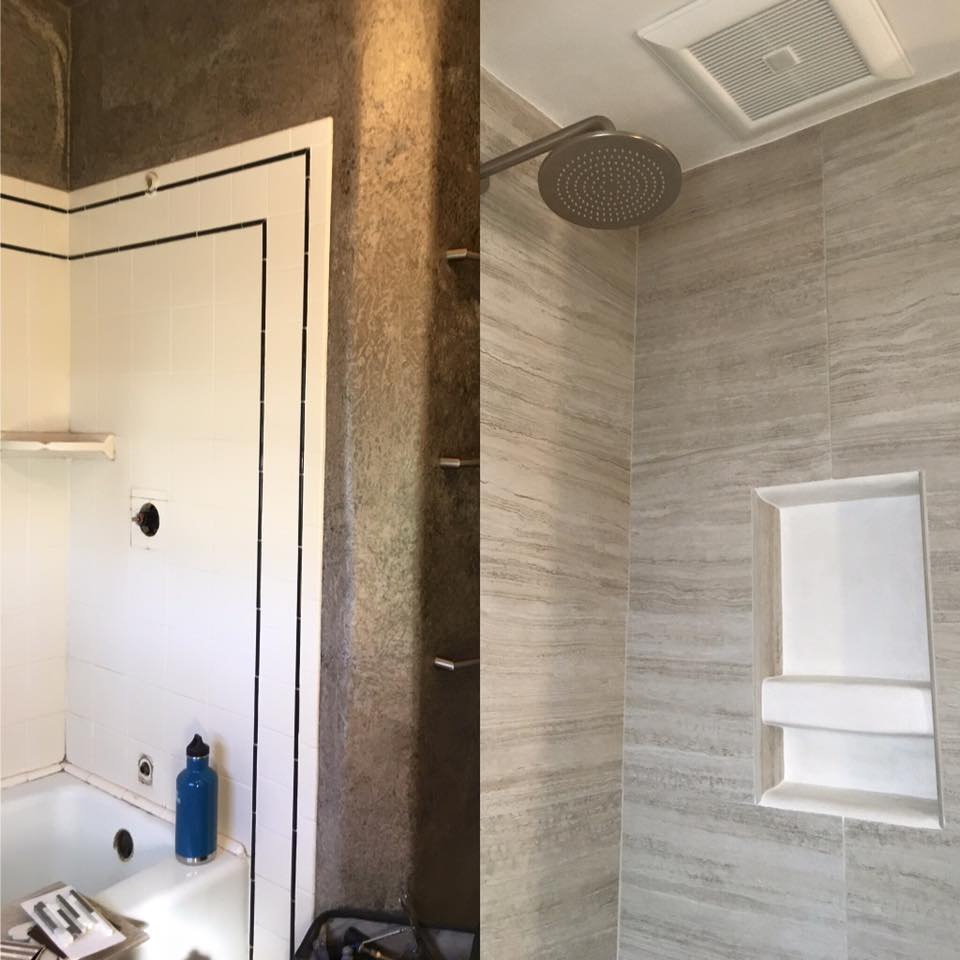