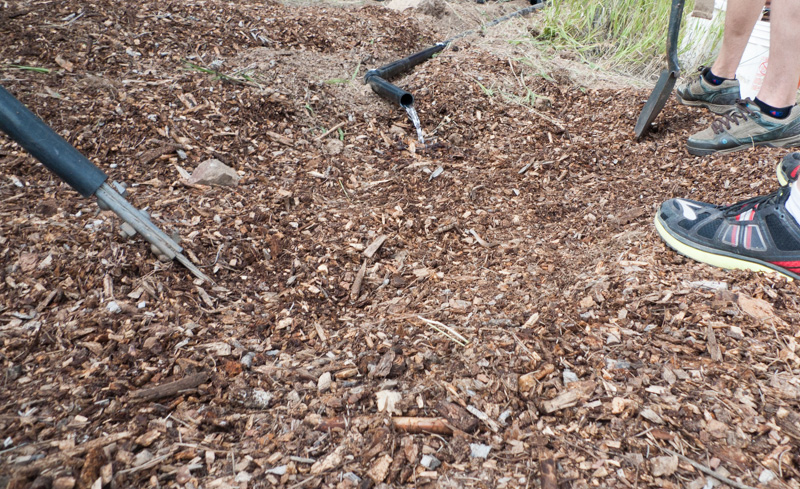 In the Spring of 2013, Governor Hickenlooper signed into law House Bill  13-1044 (HB13) which paved the way for graywater reuse. Graywater (as the name suggests) is somewhere between potable drinking water and blackwater, water containing fecal matter. In your home the water you use in your shower, bathroom sink, laundry machine, and other sinks is all considered graywater. Graywater can be used in a number of different ways but is often used to irrigate trees and plants outside your home as well as for indoor toilet flushing. This is important in that graywater can significantly offset the use of drinking water for irrigation which makes up more than half of summertime household water use. If you live in Colorado you understand just how important water conservation currently is and will become in the future.

HB13 has a few important parts:

1) First, it  establishes regulation 86 which is being written and overseen by the Colorado Department of Public Health’s Water Quality Control Division (WQCD). Regulation 86 is essentially the meat and potatoes and will outline what you can and can’t do with graywater. Most importantly it outlines the basic requirements for graywater which then must be adopted by local counties and cities before it goes into effect where you live. The WQCD has organized two workgroups to develop and write the regulation. The workgroups are composed of stakeholders including state officials, local water managers, university researchers, and business owners. The workgroups aim to have the draft regulation finalized by August 2014.

2) HB13 encourages the Colorado Plumbing Board (CPB) to adopt the International Plumbing Code’s (IPC) standards on graywater. Currently, the CPB has no standards for graywater in their codes.

With all this in mind, here is my take on the direction of this regulation…

There are two main competing interests. The WQCD has a tight deadline, no funding, and a very small pool of “reputable” research on graywater. They envision drafting a very specific and limited scope regulation on that will face little to no hurdles from the other regulatory agencies involved which is primarily the CPB. After having initial success with this regulation, the WQCD hopes to expand the scope of it in years coming.

The Plumbing Board approaches codes and regulations from a very strict, “we know this works” perspective which is fundamentally different from the WQCD’s perspective of risk mitigation. Essentially the Plumbing Board is looking to only approve regulation 86 if it strictly adheres to tried and tested methods that include multiple fail safes which is basically what is outlined in the IPC’s Appendix on graywater.

Here is the problem (or the part where I put my two cents in…).

The IPC’s Appendix on graywater is extraordinarily limiting. Graywater systems and treatment works that adhere to this code will be very costly and limited to big budget projects. The average homeowner or DIYer won’t be able to afford a graywater system particularly when compared to just how cheap fresh water is. More so, the systems required by the IPC require a high level of maintenance and user understanding. Complex systems with high maintenance are not only expensive but also have more components that can fail..

I don’t think the WQCD’s approach of be likable now and ask for more later is wrong, but I do think it’ll seriously hinder the state from having an accessible, affordable, and safe regulation for graywater until we’ve reached serious drought conditions.  One immediate solution that came to mind was to divide and conquer. The CPB is and should be responsible for managing plumbing indoors where cross-contamination and health risks are highest. Once graywater leaves the building though, it should be left to the WQCD to decide how that water is moved, treated, and dispersed.

HB13 did not clearly state how the CPB and WQCD should work together on this regulation. So far it seems there hasn’t been much of a conversation going on between the two agencies but that is suppose to change this week or next with a meeting. Ideally, a more clear boundary and scope will emerge from that meeting.

For those interested in getting involved as a stakeholder, anyone is welcome to the  Colorado Graywater Workgroup and participate in the conversation. If you are simply concerned about the direction the graywater regulation is heading, I’d advise to stay tuned. Hopefully in the next couple of weeks a clear action path will be more apparent,